This page gives only a COPY of the original sheep!
A lot of people missed this sheep on the new 64-bit windows.
So I wrote a little application so that you can have this sheep back on your desktop!


The Sheep program is based on the work of Japanese animator
Tatsutoshi Nomura's 1994 "Stray Sheep" series of five-minute animation shorts that were shown at midnight on the Fuji Television network in Japan.
A series of books followed from Mr. Nomura a decade later as well as other merchandise including Playstation games.


Unfortunately, it is in japanese. But if you want traduce it with Google you can open this link:
Google translation
You can see this sheep also on youtube:


There was a video game for Playstation 1 in the 1999.
On the page you can see some screenshots.

This is an
Open Source project!

You can see the entire code and wiki on GitHub.
See this project and report any bugs here:

Now as UWP-App for Windows 10
Download it directly from the Microsoft Store: 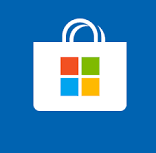 This page is outdated. The entire project and a new editor are now hosted on GitHub.
Also the webpage and Blog is now on Github pages.
Please visit:

Create your own pet!

I wrote an online editor, so you can write your personal pet and publish it worldwide!

Some utilities for the editor: